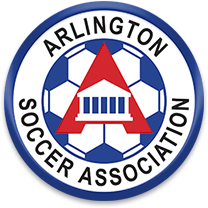 Arlington, VA - Two Arlington Soccer Association coaches, Mo Tayari and Osman Cuadros, have been awarded the 2018 Virginia Youth Soccer Association Girls and Boys Competitive Coach of the Year, respectively.  In addition, Coach Tayari won the US Youth Soccer Eastern Region Girls Competitive Coach of the Year and was one of four finalists for this award at the national level.

Mo Tayari has been coaching with Arlington Soccer for the past 13 years.  He has won seven State Cup Championships, one Regional Championship, and several Regional finalists and has graduated multiple players to play competitively in Division I, II and III in college.  In addition to coaching the 2004 Development Academy and 2003 Pre-Academy girls’ teams, he serves as Arlington Soccer Association’s Youth Director.

Sydney Belt is one of the players on his 2004 team.  “Coach Mo has always instilled in us the importance of working hard, and working together, to achieve team success,” she said.  “I have learned so much about soccer and about dedication by playing on one of his teams.”

Playing from 2013-2016 for Coach Tayari’s 2001 girls’ team who, among other successes, had an impressive record of 42 undefeated games in a row, Cadyn Westhoff commented on the experience.  “Coach Mo didn’t create players, but selfless, loving and great people.  He turned my team into something I had never been so proud to be a part of.  He believed in all of us, giving us the strength to believe in ourselves.  He naturally creates instincts in players to go above and beyond what they think is possible.  I am so grateful to have had him as my coach.”

Osman Cuadros joined Arlington Soccer last year and made an immediate impact on the club with his 2002 boys’ team winning the USYS National Championship.  His coaching philosophy is to invest completely in every player.

One player from this team, Brandon Johns described his observations while playing for Osman Cuadros.  “Coach Osman is a great coach.  He knew we would win Nationals even before we did.  He always has the winning mentality, and that carries over to us.”

Also on his 2002 team, Henry Marshall stated, “Coach Osman brought out the best in each and every player.  He took each player’s ability to a whole new level.  Coach Osman had a crucial role in our national championship run, and, without him, none of our success would be possible.”

Director of Coaching German Peri said, “The VYSA Competitive Coach of the Year Award is a tremendous honor for any club. For Arlington Soccer to receive both the Boys and Girls Award this year is overwhelming and humbling.  The work ethic of Mo, Osman, and the entire technical staff are evidence of their commitment to youth players and ASA .”

Arlington’s Executive Director Adam Brick added, “These awards are a testament to the leadership of German Peri and the commitment of our coaches, technical staff and players.”

Coach Tayari and Coach Cuadros will be honored for their awards at the VYSA Awards Gala on Saturday, February 2, 2019, at University of Mary Washington’s Jepson Alumni Center in Fredericksburg, Virginia.